I’ve seen the following picture floating around today, and would like to take a moment to explain the problems with it.

Starting in the top left circle, almost all of the people I’ve seen sharing that picture have never said a single word against police brutality or racially-motivated violence. Instead, they ignored the issue for years, and only now post the above picture. That strikes me as disingenuous in the extreme. It is also worth noting that this is not only about George Floyd being murdered. The police abuse and murder so many other people, and have done so for so long with near impunity. But, when we’re talking about George Floyd, why call it a mere “death” as though he slipped and fell. It is a Murder, so don’t minimize it.

Moving to the top right circle, we have the creation of equivalency between murder and rioting and looting. I strongly suspect that many of the people sharing that image do see the value of George Floyd’s life as being on par with some insured merchandise at Target.

In the bottom circle we have “supports good police officers” and that point seems to miss that just about all the misconduct of the “bad” police officers is routinely covered up and ignored by the “good police officers.” Sticking with just the George Floyd example, one cop committed the murder, 3 other cops were nearby and did nothing. Also remember that the cop who murdered George Floyd was a “good cop” you would have been supporting 20 weeks ago.

ALSO READ:  The Neonazi counter-protest to our peaceful protest against police brutality and racism in Davenport, Iowa on August 22, 2020

So, if you have been silent about police brutality for years and are now sharing the above image, it is clear you really care about property damage and riots that might affect you, rather than actually caring about the police brutality and racism that is the root of this problem. The fact that you stuck in the “good cops” part tells me that you care more about offending the feelings of cops than putting a stop to them murdering. 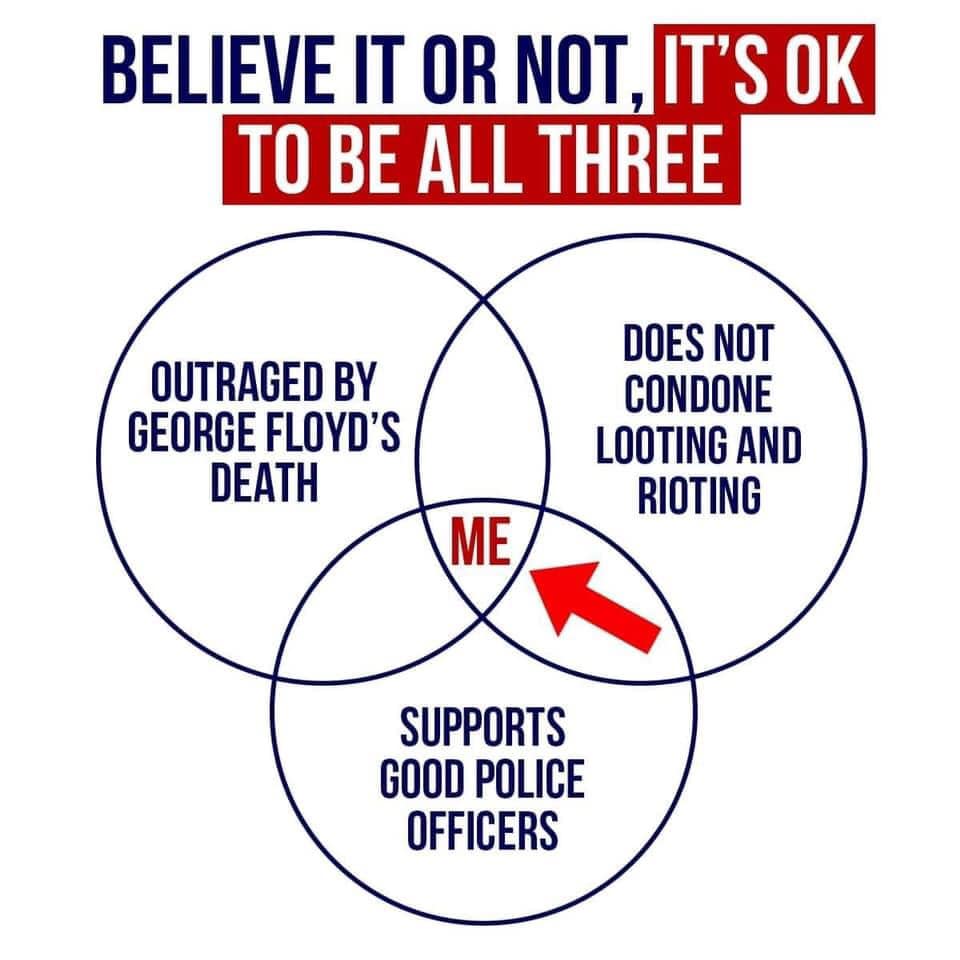